Have a “Cranky Communicator” for a Leader? - Three Imaginary Apologies You Deserve to Hear 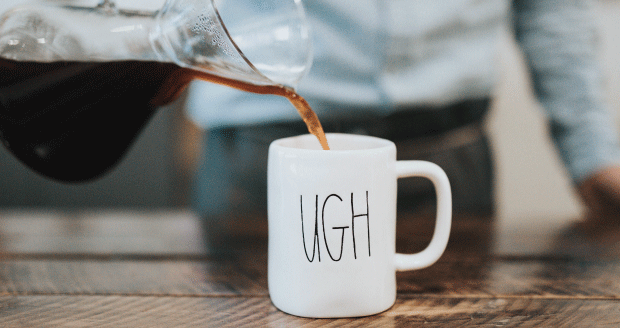 While most professionals learn to be solid communicators through life experience, some leaders develop bad communication habits that need to be unlearned. These “cranky communicators” talk to others in a way that colleagues describe as “condescending”, “argumentative”, “sarcastic” and “unapproachable”. Like a cat with nine lives, these leaders often survive a series of incidents with colleagues or direct reports before they are expected to improve their communication skills for good. As a conversation coach who works one-on-one with reluctant communicators, I’d like to offer a perspective on how these professionals justify their bad communication habits. Do you work with a “cranky communicator”? Do they hold back from following your communication advice? Here are three imaginary apologies you are not likely to hear but you deserve just the same.

When a conversation goes sideways, a leader needs to keep a cool head and be able to steer the conversation forward or take a pause. This is almost impossible for a “cranky” leader who succeeds by going to war with words. They feel justified in escalating their tone, harsh word choice etc. in an attempt to be “more clear” and “better understood”. Sadly, this is as effective as putting out a fire with kerosene. “Cranky communicators” have an unrealistic mindset their conversation style is appropriate. One long-time leader, who received several complaints about his behaviour after attending two different communication training programs said, “When people don’t listen they leave me no choice but to be brutally honest. That’s the only way I can get them to do what I say.”

2. I’m sorry I used busyness as an excuse to dismiss your opinions.

Instead of expressing a contrary opinion in a respectful manner, “cranky communicators” dismiss the ideas of others saying “I’m too busy to explain why I’m right”, “I don’t have time to hand-hold everyone” or “I don’t have the time to be flowery with every email I send”. “Cranks” believe work is about performance not people. They focus on doing their “real” job very well rather than giving time to what interrupts their work – namely communicating with others. It’s this skewed perception of reality they use to rationalize their rude behaviour. The “cranky communicators” I have coached are high performers who occupy valuable positions within their organizations. These leaders truly believed their harsh tactics helped them to succeed when in fact their bad behaviour cast a shadow on their work performance.

A leader is expected to be respectful and thoughtful of others. “Cranky” leaders, on the other hand, mistake empathy for being unnecessarily emotional making comments such as “It’s not my problem how other people take what I say” or “Why should I sugar coat everything I say?” These reluctant communicators have a hard time believing their words actually cause harm and it’s difficult for them to accept responsibility when someone is offended by what they say. When asked to explain conversations that offended others, such as making sarcastic comments or telling insensitive jokes, “cranky” leaders have told me their actions were “misunderstood”, “they were just joking” or “other people are too sensitive”. This is why one of the folks I coached was mystified that a one word email reply (“No”) in response to a detailed request for help was cause for yet another sit-down meeting with the HR department.

Leaders have a responsibility to engage employees, promote psychological safety and demonstrate civility, but the reality is almost every office that has more than 30 employees has at least one leader who is “argumentative”, “sarcastic” and “unapproachable”. If you work with a “cranky communicator” you deserve to hear “I’m sorry”. It’s mentally taxing to work with (or for) a “crank”. Perhaps these insights will shed some light on why “cranky communicators” appear to use words as a weapon. The good news is leaders can change, so don’t give up hope.

Janet Hueglin Hartwick is a conversation coach, trainer and speaker. She is the founder of Conversations At Work, an evidence-based training program that converts “cranky communicators” of all ages into self-aware conversationalists.